They, along with their two sons Derek and Dustin, took over operations in 2019 and have brought a renewed energy to the business.

“We had a great working relationship with the previous owners of Center Court, but we’re excited about the new energy and the plans Brian and his team have in store for the facility we call home,” says Slattery.

Midwest Penguins Volleyball Club has been a tenant of Center Court Sports Complex since 2005.

Built in 1994, Center Court Sports Complex is a 50,000-square-foot facility that can be set up to host eight full-size volleyball courts, five full-size basketball courts, and 14 pickleball courts.

The court is suspended, making it ideal for athletes of all ages.

Currently, the space is occupied by volleyball, pickle-ball, and basketball events. Many organizers of these events have been long-term tenants of Center Court Sports Complex.

The Staffeldts plan to build on the inclusive sporting experience and make facility upgrades as necessary to meet the needs of the community.

“We have already made many operational and facility enhancements,” Brian says.

They’ve added fresh, colorful paint to parts of the pub, hallways and bathrooms, added a large number of amusement games and replaced or repaired several pieces of failing equipment.

“The bathrooms have received some upgrades and will continue to get much needed improvements.  The building’s roof will be replaced in October and the gym floor will be resurfaced late in the year.  We are also looking at improving the lighting in the gymnasium,” he adds.

“The model that has been used here at Center Court has been successful and we are strongly committed to the current volleyball, pickleball, and basketball programs that currently utilize Center Court,” Brian says. “We are, however, looking to potentially tweak things somewhat and to add more training opportunities in those areas, as well as in others.”

The Staffeldts remain committed to supporting the growth of Center Court’s existing tenants.

“The Midwest Penguins and RVA volleyball programs are each working on growing and expanding in various ways and we try to support them in any way that we can,” Brian says. “As stated earlier, we have excellent relationships with each of them and sincerely enjoy working with them to achieve their goals and to collaborate on activities that benefit all that are involved.”

Staffeldt is a successful high school basketball coach and is also the founder of Focus on Fundamentals Basketball Academy and the founder and CEO of Wisconsin Focus Basketball.
Wisconsin Focus is comprised of 30 boys and girls youth competitive and developmental basketball teams of all ages. The organization offers tournaments, leagues, camps and skills-training for ages 5-18 years of age.

In addition to his sports ventures, Staffeldt also spent a large portion of his career as a vice president in IT for Robert W. Baird in Milwaukee.

“This new venture is allowing me to utilize my skills and knowledge from many years working in business and as an athletic coach and youth sports business owner,” says Brian. “I look forward to working with all of the volleyball, pickleball, and basketball enthusiasts.”

Midwest Penguins Volleyball Club looks forward to working closely with Brian and his team as they continue to grow the success of Center Court Sports Complex.

“We know Brian has a background and a certain dedication to the game of basketball, but we also know he’s a sports fanatic and a great advocate for youth sports in our community,” says Slattery. “We’re pleased to be working alongside him. Together, we hope to continue to build upon the values and life lessons kids in our community can gain from playing youth sports of all kinds.”

The Badger Region has implemented an optional “Retention Period” for the upcoming 2019/2020 club season.  Below is a little information about the new rule.  Additional information can be found at www.badgervolleyball.org.

”The Badger Region will allow an optional “Retention Period” of Aug. 1-Aug. 10 for clubs to be able to offer a spot in their club for the previous season’s players for the coming season. After 7 p.m. CT on Aug. 10, this window closes until the applicable tryout period.”

If an athlete accepts any offer given within the retention period (Aug 1st-Aug 10th), this offer will be binding for the 2019/2020 club season.

Midwest Penguins Volleyball Club’s stance on this new rule:
“As we enter our 23rd season, we continue to strive to create the most competitive teams through a Fair and Equal tryout process.  We believe that in the Fall season ahead, the athletes will continue to grow in their skills and leadership.

The tryout process continues to be an important step for the Penguins to create competitive teams for the new club season.  We have outstanding coaches that strive to coach motivated athletes to the next level.

Two of the core values of our club are Integrity and Competitive Fairness. We feel to have a club with Integrity, we need to offer Fair and Equal competition for our potential athletes each season. It is our belief that to offer positions on teams for the next season to only athletes that have played for us the year before, eliminates a Fair and Equal process to both our returning athletes and to any other athletes that wish to play for us.

Therefore, Midwest Penguins Volleyball Club will NOT be offering positions to our returners during this early retention period.

Please know that we love all our Penguin athletes and we want them all to return. We do, however, also believe in the integrity of the tryout process. We invite our returning athletes, as well as any new potential athletes, to join us during our club tryouts this Fall.

We want to make a fair decision about each athlete and place each athlete on a team for the season through a competitive process that will evaluate their athletic potential, work ethic, and overall teammate skills against ALL potential athletes.

In doing so, when an athlete’s family makes a decision,

This will benefit each athlete and their families so they are able to make the most informed decision possible.

Keep in mind, that if you played for another club last year and want an opportunity to tryout and be offered a position onto one of our teams, do NOT accept an early retention period offer from your current club, as you will essentially be forfeiting the right to tryout anywhere else. We would love to see you this fall at the Penguin tune ups and tryouts.

As the regular season winds down to a close, six Penguins teams are preparing for the postseason. The 12 Black, 13 Black, 14 Black, 14 Red, and 15 Black will be traveling to Indianapolis, IN for USAV Nationals and 16 Black will be headed to Orlando, Florida for AAU Nationals. 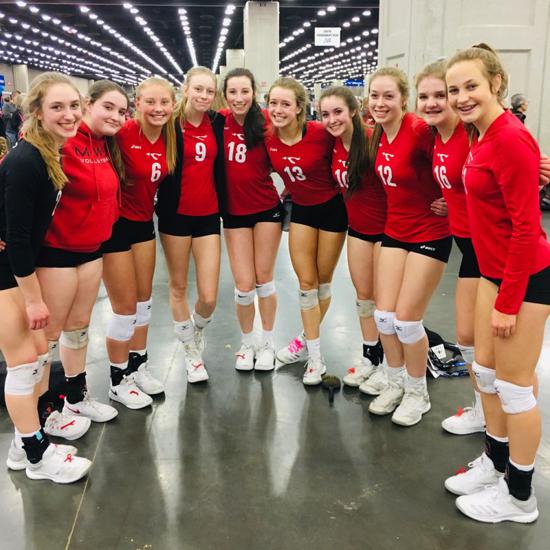 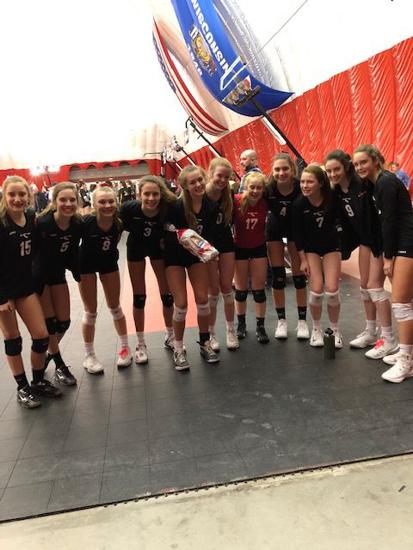 “These teams have worked incredibly hard this season,” said Anne Slattery, club director. “They’ve more than earned the right to compete at this level.”

The 12 Black, 13 Black, 14 Black and 15 Black teams earned bids for the American Division at the Badger Qualifier in March. The 14 Red team will compete in the Patriot Division. 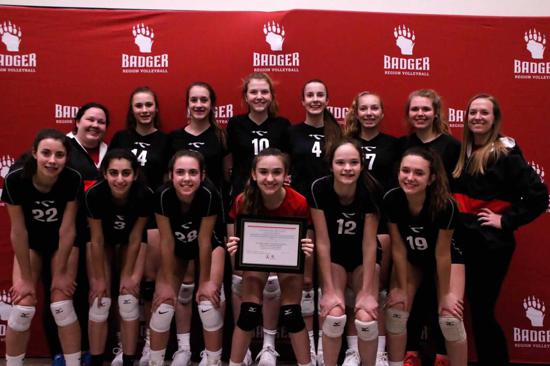 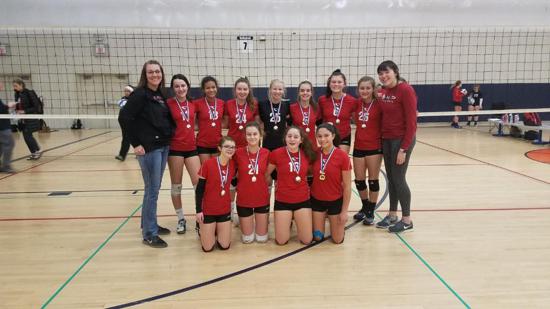 For AAU Nationals, 16 Black will play in the Premier Division. 16 Black earned free entry into nationals with their second-place finish at the AAU Super Regional in Rockford, Illinois last month.

Big Ball Bash, held annually in conjunction with E.C.H.O to encourage healthy lifestyles and support teams heading to Nationals, will be held on May 3rd and May 10th at Center Court Sports Complex in Waukesha.  E.C.H.O is a nonprofit organization dedicated to encouraging healthy active lifestyles. This is the 7th year in a row the organization and Midwest Penguins Volleyball has teamed up in support of the cause. 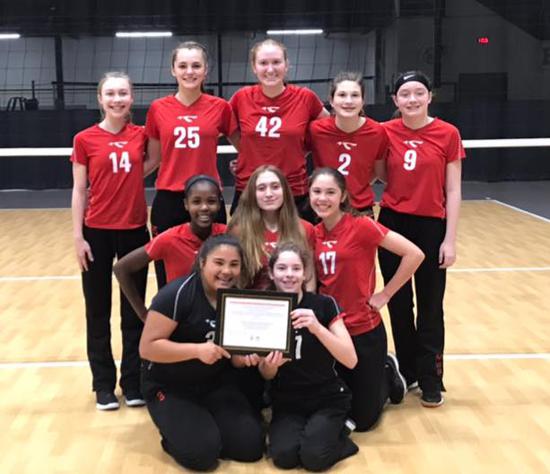 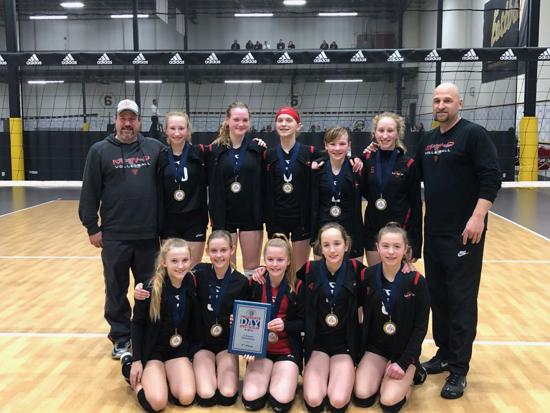 Money raised from entry fees, the silent auction, and the various drawings and/or contests, will go to support E.C.H.O.’s mission and Midwest Penguin teams headed to nationals.

“Competing on the national stage is a great experience for any team, and we couldn’t be more proud of what they’ve accomplished,” Slattery said. “We look forward to watching them continue to grow as athletes throughout the coming weeks.”